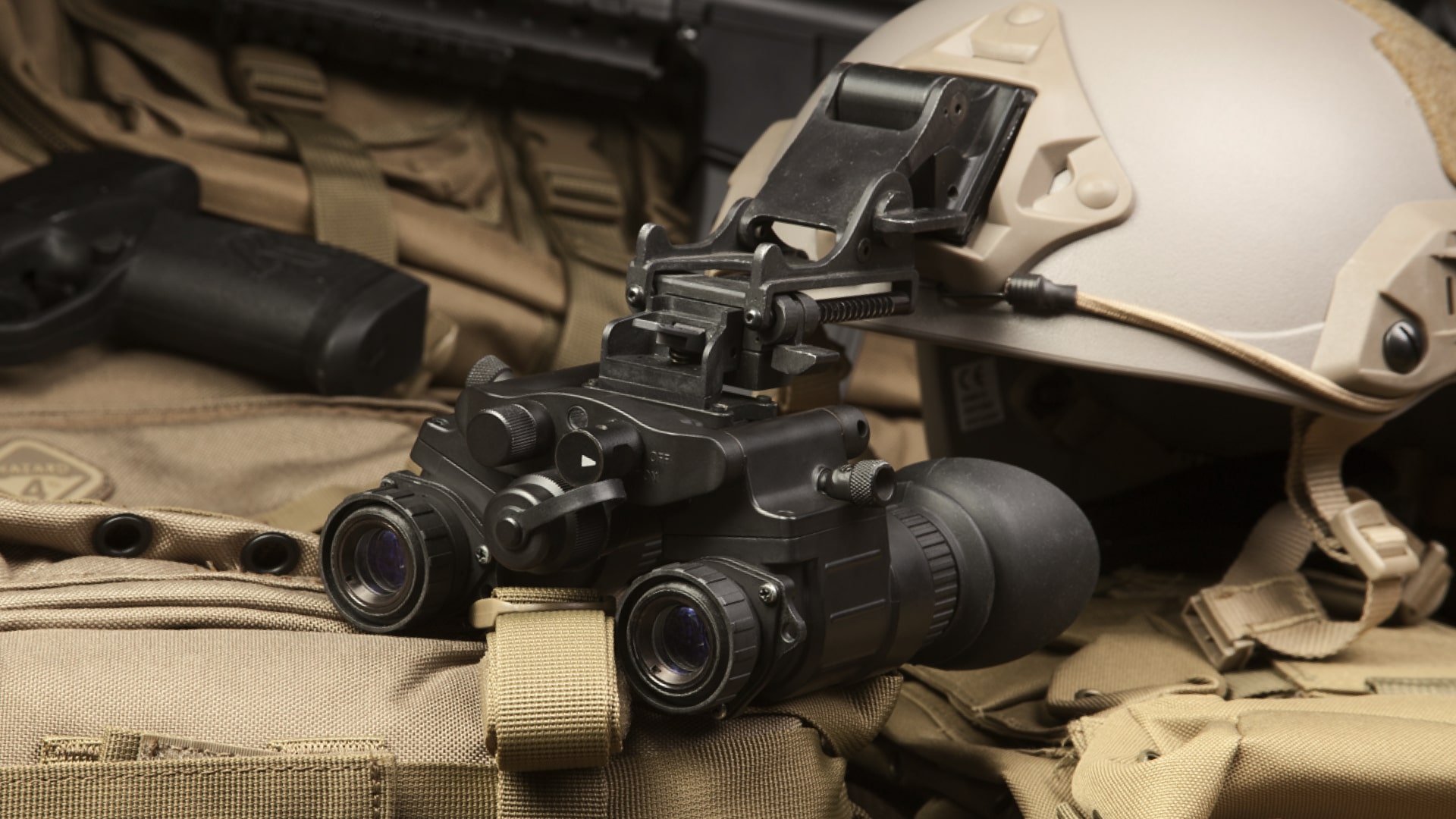 Imagine yourself to be that spy from a cartoon, action movie, or science fiction novel. Then you, like a hero, must have such an integral attribute as a night vision device, as with its help, you can wade in conditions of complete darkness through rooms, fences, distinguish objects, wade through people without being noticed by them, etc. Such entity is also needed in the life of ordinary people – rescuers, for instance, or hunters. The best thing is if these are precisely night vision goggles. They have a wide range of advantages over other types of similar devices, and this will be mentioned a little further.

Among the various instruments for observation in low light conditions, the vital role is provided precisely by the – "night glasses." Such a tool is used by hunters or rescuers and law enforcement officers, military, researchers, whose work is carried out in the dark, etc. But they can also be combined with a collimator or laser aim. The lack of magnification is the essential difference between this type of night vision device and binoculars, monoculars, and scopes. This can be both an advantage and a disadvantage and depends purely on a particular person's goal.

The main advantage of such night vision goggles is free hands since the device is settled using a special mask, which is fixed on the head or helmet with straps and puffs. The device is securely attached in a position convenient for the user by dint of this design.  Hands remain free to hold weapons, cameras, etc. An equally important detail is the binocular design. There are separate eyepieces for each eye, and the lack of approximation makes it possible to evaluate the actual distance to objects and their sizes.

There are two types of technology for night-vision goggles – image enhancement and thermal imaging. The first one is used more often and makes it easier to view images; all available light is collected, it consists of photons, which pass through the objective lens into the image intensifier tube (it composes of a photocathode and a microchannel disk - plate with small holes, that increases the electrical signal), from that part the electrons "hit" against the phosphor-coated screen, and this way you can easily differentiate objects in the dark.  Another technology, thermal imaging, is associated with the radiation of heat from objects in the form of infrared light, which is captured by glasses made using this technology. This method is based on the amount of heat emitted by the object. The best way this technology manifests itself is in complete darkness.

It should be mentioned that at the moment, two types of equipment are used- passive and active. Passive (sometimes called "star vision") only amplifies the available light and does not work in complete darkness; it is somewhat similar to adjusting the contrast. Active (as in video cameras) projects a light source in the near-infrared range, which is outside the visible spectrum for us but is available for camera optics, for instance. Some equipment may use UV radiation due to potential interference for devices or detection capability.

It is worth understanding how such goggles work. And at first, we need to know and understand some concepts about light. There is radiation invisible for us: between the red end of the spectrum and microwave radio emission, infrared. Between the violet end of the spectrum and X-rays, it's called ultraviolet. There is also a visible part of the spectrum- there will be those electromagnetic waves that we can distinguish with the naked eye. This sensitivity (the ability to distinguish light) depends on the wavelength,  that is, the frequency. The maximum sensitivity is in the green spectrum (at 555 nm (540 THz). This is one of the main reasons for the glow of night devices, mainly with this particular color. There are two more reasons: 1- the effect of light on the eyes: for example,  from black-and-white glow eyes get tired faster than from green one; 2- energy costs; to make phosphor glow with a green light, a minimum amount of energy is required, which is vital for night vision devices due to the weak electron flux.

Night vision goggles are on the image converter (EOC). There are digital NV goggles and thermal imaging ones. The most popular type among these three types is EOC glasses. Their work consists in the fact that night light or reflected light from IR illumination is collected on the lens, which goes to the photocathode of an electro-optical converter, which converts photons into electrons. The multiplier built into the device amplifies and accelerates the flow of these electrons, which hit the luminescent anode and knock out photons from it. They repeat entirely the original picture, but now it is already amplified many times over. This light is head to the eyepiece of the glasses, where the user can see a full-fledged final picture, which the eye of an ordinary observer cannot distinguish. As we can say –these are things, which are hidden in plain sight. What can we say about digital devices? They work on special matrices that capture light, convert it into a digital signal, amplify it and project it to the LED monitor. Due to this, the entire image is more contrasted.

A modern person needs to be mobile, to be able to do a lot of things and make them high-quality at the same time. This is very important for people working in dark conditions, where auxiliary devices such as NV goggles are needed. They do not have a zoom function; nevertheless, this drawback can be compensated by free hands. This tool is beneficial in many areas of life so that it will be applied in all years.